Should You Stop After Hitting An Animal ? 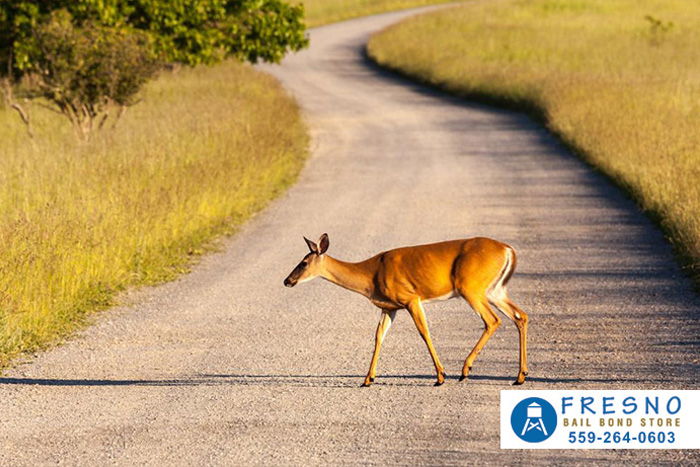 10 Aug Should You Stop After Hitting An Animal ?

As people drive, they are prone to encounter all sorts of things as they steer their vehicle down the road. Just about every driver has watched with horror as a creature decides to cross the road at the very last minute. As this happens, there is often a moment of panic in the driver, since there is not much they can do other than hope the critter made it across in time.

Most drivers hope that they never end up hitting an animal, but unfortunately, it is bound to happen at some point. The more time a person spends behind the wheel of a vehicle, the more likely they are to hit an animal.

Even then it is still pretty rare for a driver to hit an animal, at least rare enough that most people don’t know what to do if they do hit one. Some people just keep driving, doing their best not to look back at what they left in the road. Others are a little more caring, especially when there’s a possibility that they hit someone’s pet. Still, these people don’t know what they should do in this kind of situation. This article is meant to help change that.

What Type of Animal?

When it comes to animals, they can be classified as either domesticated or wild. What a driver is required to do after hitting an animal with their car is dependent on what type of animal in question. Was the animal something that could be considered a pet, such as a cat, dog, horse, or even cow? If so, the driver has to act differently than they would if they had hit a squirrel or skunk.

If the animal is was a wild animal, creatures such as skunks, raccoons, and deer, then the driver should pull over. This is especially true for larger animals such as deer and elk. Not only does the driver need to report the incident to the proper authorities, such as highway patrol or animal control, the collision could have done some serious damage to the vehicle or even the driver. This would make it unsafe to drive.

Not only does calling the authorities alert them to a dangerous road condition, it can lead to a police report being filed. While this may not sound like a good thing, it actually is. The police aren’t going to arrest an individual for hitting a wild animal. They will simply file a report, which will give the driver documented proof of the accident. This can then be used to file an insurance claim if need be.

A domesticated animal is any animal that a person might normally own. This includes the obvious cat and dog, but also the less obvious creatures, such as most farm animals. Basically, if the animal might have an owner it is domesticated and the driver will need to stop and deal with the situation.

Hitting an animal, especially one that might be someone’s pet, can be a very disturbing experience. However, regardless of how the driver may feel, they need to immediately pull over and alert the proper authorities. This can be either the local police or sheriffs. This holds true no matter where the animal was hit, whether on a public road or a private parking lot.

Once the driver has stopped and alerted the proper authorities, they need to wait at the scene until help arrives. It is recommended that the driver keep a safe distance from the animal, since it will likely be scared and in pain. This can cause it to lash out at anyone who goes near it. However, if the driver feels that they need to move the animal in order to ensure its safety, they should do so with caution by wearing gloves or using a blanket to touch the animal and carefully move it to safety.

The driver should not panic or worry about being held liable for hurting the animal. Most cities have ordinances that require pet owners to keep their animals under control. This means the critter cannot be free roaming, especially in the street. If that were the case, the pet owner will likely be the one to get into trouble for the accident, not the driver. The only times the driver would be liable is if their own negligence led to the accident, or they assumed possession of the animal by moving it into their car. Once they have done that, the driver is now responsible for making sure the animal is taken care of. This is another reason why it is best to wait until the authorities arrive before doing anything.

Another important mention is the fact that in the state of California, failing to immediately stop and deal with the scene of an automobile accident can result in hit and run charges. In California, this is applicable anytime someone else’s property is damaged, including someone’s pet or livestock.

Do the Right Thing

Hitting an animal in the road is not something any driver wants to do, but is something that is bound to happen at some point. The best way to avoid this sort of thing is by being vigilant, but even then, that will not always work. Sometimes an animal will just decide to dart out in front of the vehicle.

If a crash with an animal is inevitable, it is important for a driver not to swerve. In doing so, the driver could swerve into another vehicle or send their vehicle careening off the road. The best thing to do is for the driver to remain in control of the vehicle as best as they can. This means no sudden jerks to the side or slamming of the brakes. Also try honking the horn or flashing headlights in an attempt to scare the animal into moving.

If the unfortunate hit occurs, the driver should do the right thing and take responsibility for the accident. That means pulling over and alerting the proper authorities.