Not Paying For A Meal Can Get You Arrested 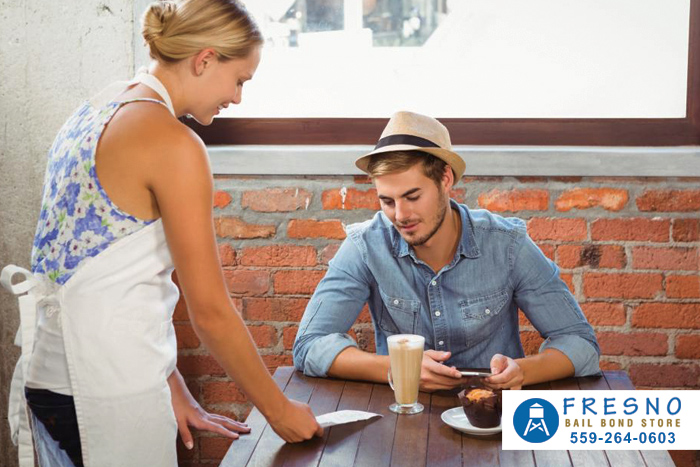 18 Mar Not Paying For A Meal Can Get You Arrested

Going out to eat is a pretty common activity. Many families go out to eat once a week and there is nothing wrong with that. After all, making dinner can be such a hassle after a long day at work. Most people do not have the time or energy to prepare a full meal for themselves, let alone the rest of the family. Why not go someplace where the cooking is handled by professionals who truly know how to cook?

While going out to eat once in a while is not a bad thing, what is a bad thing is skipping out on the check, and not the whole leaving the check for someone else at the table to pay scheme. That’s just rude on a different level. What is truly bad is a practice that is often referred to as dine and dash. For some people, it seems like a harmless prank, but this can actually get the person into some legal trouble.

What Is Dine And Dash?

For those unaware, dine and dash is the underhanded practice of getting a meal, and then leaving before anyone has paid the bill. This practice has several different names, such as dine and ditch, eat and run, and several others. No matter what it is called, it is just wrong.

The scammer gets a free meal at the expense of the restaurant. Depending on the size of the bill, this scam can cost the restaurant quite a bit. It also hurts the server and busboy for the table who end up missing out on a tip. Many people in those jobs depend on those tips for their day-to-day expenses.

This is not to be confused with someone ordering a meal, and then realizing they can’t afford it afterwards. Most restaurants are pretty understanding of this. They know that accidents happen, and sometimes cards get declined or someone forgot their wallet. Restaurants will usually work with customers to make up for it, such as allowing them to come back the next day to pay for the meal. Some may call the police, but only to help them get the customer’s information to ensure they will return to pay for the meal, not to arrest them right there and then.

Since dine and dash practices can be very costly for restaurants, as well as a nuisance, there is actually a law against the practice. Anyone who is caught committing this crime in California can face legal charges.

What Is California Penal Code 537?

In the state of California, there is a law that protects all sorts of businesses from being defrauded by customers. This California Penal Code (PC) 537, which is often referred to as California’s Defrauding an Innkeeper Law. While it may not initially sound like it, this law applies to anyone who commits the crime of dining and dashing.

PC 537 states that any person who obtains food, fuel, or services from a very long list of different businesses without intending to pay for said services is guilty and will face misdemeanor charges. Some of the business types listed in this law include:

Basically, this law covers any place where a person can get a service of some sort. PC 537 views acts such as dine and dash as an act of fraud against the restaurant and its staff. This is due to the fact that the people who commit this crime often entered the establishment with the intent of never paying for the services that they would receive.

Consequences Of Dine And Dash

PC 537 is a wobbler crime here in California. This means that it can be charged as either a misdemeanor or as a felony. The severity of the charge is dependent on how much money is owed to the business in question.

If the amount of money owed is less than or equal to $950, then the person will face misdemeanor charges. This means that a person could end up with:

If the amount of money is greater than $950 dollars, then the person will probably be facing felony charges. This means that their consequences will be more severe, such as:

Just Pay For The Meal

Going out to eat is a pretty common practice and can be a nice change of pace from eating at home. A person just needs to make sure that they actually pay for the meal at the end of the night. If the person forgot their wallet or can’t afford the meal, don’t panic. Just talk to the server and try to figure out a plan to pay for the meal at some point. Most restaurants are very understanding in these situations.

However, if the person just tries to run and skip out on the check, they could face legal trouble, the results of which could make the meal very costly for the person. So much so, that at the end of the day, it would have been cheaper to just pay for the meal rather than trying to run. After all, no one wants to end up in jail because they didn’t pay for their dinner.