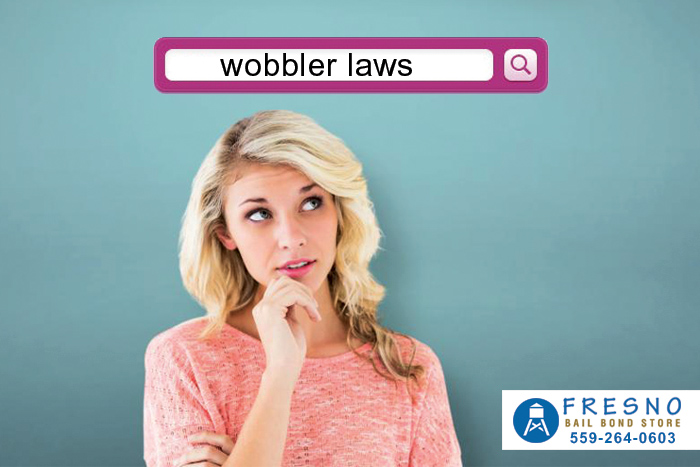 One of the interesting terms you’ll often hear bandied around the California judicial offices is wobbler laws. This is a cute name for a very specific and unique set of laws.

What Are Wobbler Laws

Wobbler laws are laws where the prosecution has the option of deciding whether they want to charge the defendant with a misdemeanor or a felony. The misdemeanor charge not only means that the defendant doesn’t have to deal with the severe, life long consequences of having a felony record, but also usually faces a significantly reduced sentence that includes less jail time and smaller court fines.

A perfect example of one of California’s wobbler laws is assault with a weapon. If a defendant is found guilty of the crime and prosecution has asked that they be charged with a misdemeanor, the most severe sentence the defendant faces is a year in jail. However, if found guilty of the felony version of the same crime, the maximum charge is four years in a California state prison.

How Prosecutors Determine A Misdemeanor Or Felony

There are several things that prosecutors consider when they’re dealing with someone accused of a wobbler style crime. Some of the factors considered include:

In cases like assault with a weapon, the type of weapon used during the crime plays a huge roll in whether the prosecution opts for misdemeanor or felony charges. Someone carrying a large knife is far more likely to get charged with a felony than a person who just happened to grab a wine bottle or pool cue when an argument gets heated.

It’s worth noting that when the defendant is sentenced, the judge can choose to reduce the charge to a misdemeanor.

The main reason for wobbler laws is because the lawmakers realized that in things like assault with a weapon and aggravated trespassing there’s a great deal of gray that should be considered during the sentencing. The second advantage of wobbler laws is that it provides the prosecution with some incentive while negotiating plea bargains.